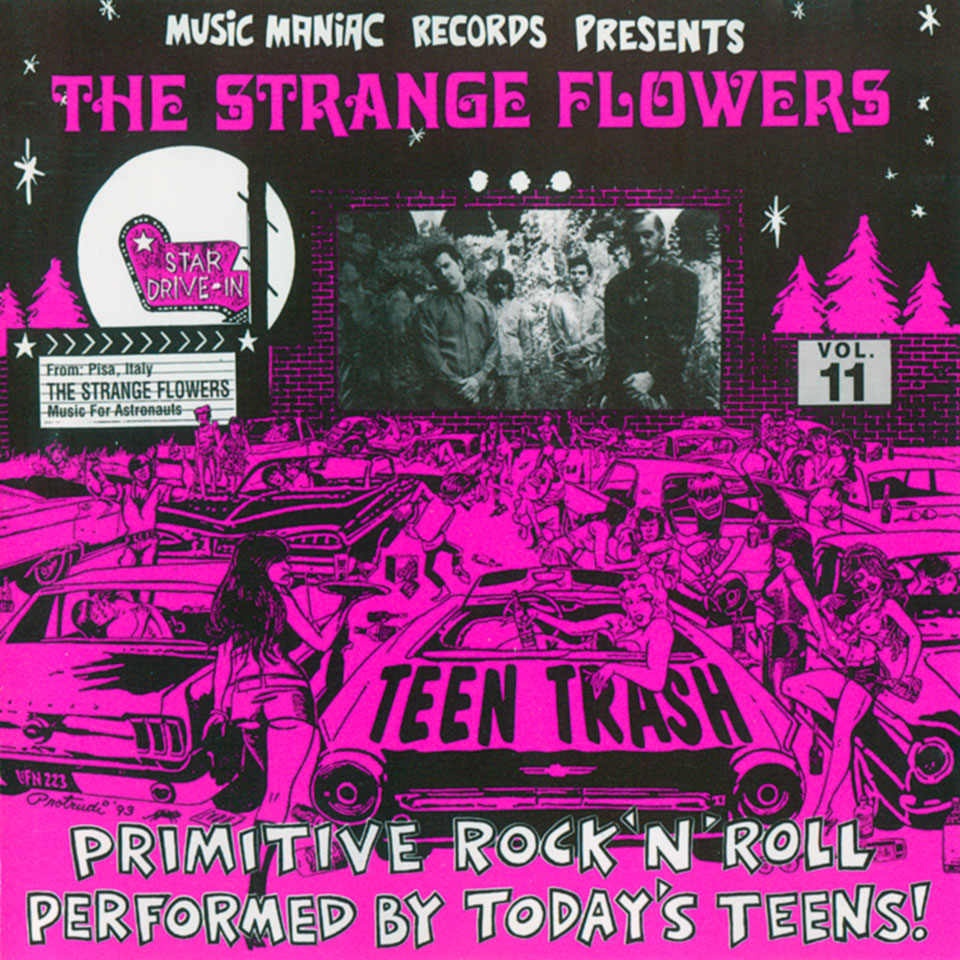 Lemoyne, Pennsylvania, Summer 1966. Ralph and I were making the scene at the Pit Stop, a miniature race car track during the week and happening teen dance spot on Saturday afternoons. Ralph was in a combo called the Beautiful Sytes and I was assembling my first band which I wanted to call the Phux. The girls stood on one side of the club, the boys on the other. A disc jockey from the local radio station spun the current hit single on a cheap portable hi-fi and made inane chatter between tunes. One couple danced. They were older than the rest of us…maybe 16. They were “greasers”, which meant that he probably majored in metal shop and drove to school. She had bleached hair and his was slicked back. The dj announced the “guess this record” contest. The idea was to name the song after hearing the first few notes. Whoever guessed first won a free promotional 45. Being an afficianado of the (then) super cool sounds of Top 40 AM radio, I was sure I’d win…After all I spent almost every spare minute riding past the house of my preteen crush with a  transistor radio to my ear, hoping she’d notice me. I stood close to the dj and noticed the single had the Cameo label. I had just bought “96 tears” by Question Mark & The Mysterians one day earlier and I knew that it was the only Cameo hit on the top 40. I yelled out the title as soon as I heard the first note of the Vox organ and I won! The single was by a band called the Mistletoe Beltbuckle. The song was called “Strange Flowers”. As the jock played “96 tears” the greaser couple danced provocatively with moves that insinuated oral sex, and I hid my adolescent boner with my prize 45. Ralph and I went home and played my new record with the strange name. the music was really weird, the lyrics unfathomable and the beat too slow to dance to. I threw it away. I hadn’t thought about it for many years…until I heard this album from The Strange Flowers and encountered a strong sense of déjà vu. Damn! I wish I still had that 45!

ULTIMATE PSYCHEDELIC tinged POP… We have not heard something good since RAIN PARADE’s “Emergency Third Rail Power Trip”. This is an absolute MUST! (Cobraside, Spain)

← Me And The Eggman
Beat-O-Mania At It’s Best →